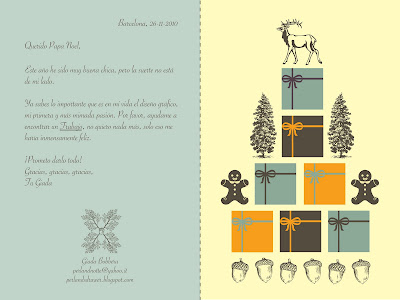 I have been a really good girl this year, however I haven't been very lucky.

You certainly know how important graphic design is in my life.
It is, no doubt, my first loved passion. So please, help me to find a job! Only a little like that would make me extremely happy!

I will put all my energy and effort in it!
Thanks thanks thanks
Your Giada
No comments:

Email ThisBlogThis!Share to TwitterShare to FacebookShare to Pinterest
Labels: OWN PROJECTS, PRINT 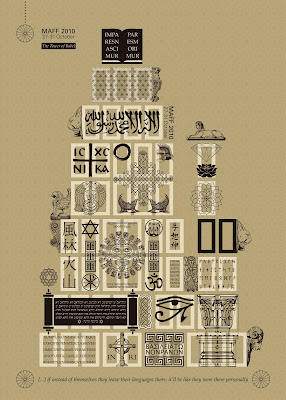 Email ThisBlogThis!Share to TwitterShare to FacebookShare to Pinterest
Labels: OWN PROJECTS, PRINT

Photos of the final products. 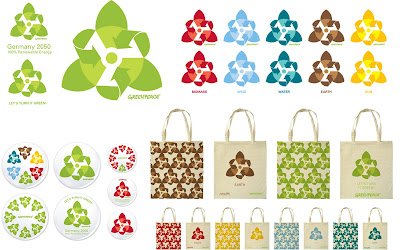 In September 2010, the federal German government wants to submit a national energy concept which will codify the energy policy for the next decades focusing on a consistent change that will lead to renewable energy. The environmental group Greenpeace wanted to accompany this process with a campaign looking for a fresh new logo. In the same way as the “atomic sun” became a recognizable symbol of the anti-nuclear movement, the new key visual should symbolize the following: The person carrying this logo expresses his or her a 100 percent commitment to renewables instead of nuclear energy and charcoal.
No comments: 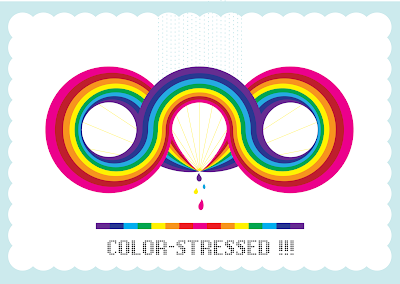 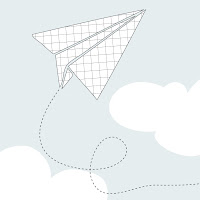 Email ThisBlogThis!Share to TwitterShare to FacebookShare to Pinterest
Labels: OWN PROJECTS 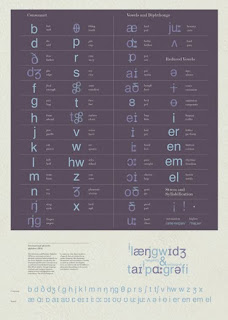 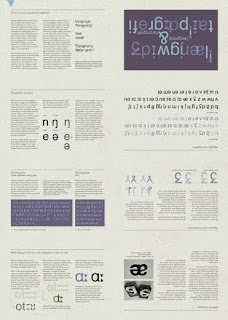 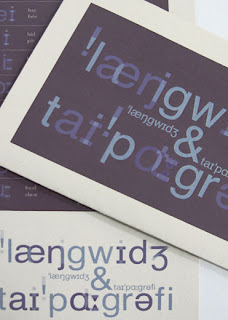 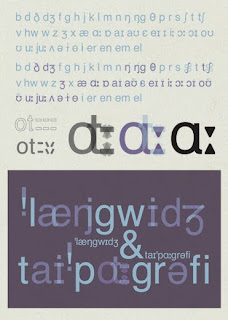 This is definitely my favourite project, the one I enjoyed the most and I worked on with endless effort and enthusiasm. It, actually, started a long time ago, during my exchange programme in Barcelona when some friends of mine and I organized an exhibition around the concept of communication. On that occasion I started to develop a strong interest in linguistics and typography. I did some research on the relationship between written and spoken language and started to write my dissertation on this issue. Additionally I wanted to explore on a purely graphic and visual level the connection between alphabetic and phonetic system and for this reason I started playing around with the shapes of the characters of both alphabets. What is interesting about them is that these two ways to record speech are both the result of human conventions. They are symbols to which we gave meaning, and considering Derrida’s evaluation on written language we can say that they share the same ideographic value. Punctuation marks, fonts and spacing between words have no phonetic connotation and sometimes do not add any extra meaning to the written text but are actually ideographic symbols with embedded meaning. The phonetic alphabet was invented to fill the gaps of the regular alphabet in recording the spoken language. It is, actually, nothing more than a extension of our common alphabet.

With this project I decided to show the purely graphic value of the two considered systems. Using the 26 characters and some of the glyphs available in a sans serif font like Helvetica I tried to produce a brand new version of a phonetic alphabet. It was quite a long process during which I played with alphabetical shapes, cutting and superimposing them one upon another in order to obtain new combinations of phonetic symbols.
No comments: 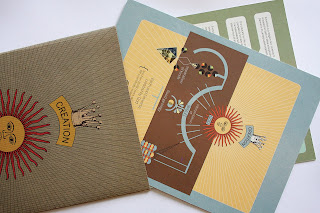 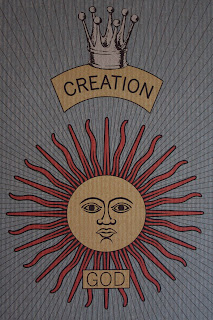 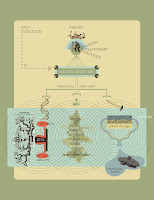 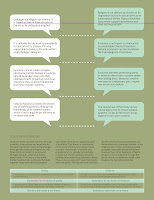 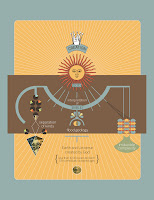 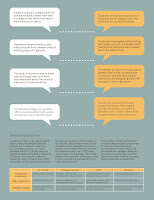 The evolution-creation controversy was already something not really unknown to me and, probably due to my scientific and atheist background, I also had already a radically settled opinion on it. What really attracted me to this project was the request that we present the two arguments in an impartial way because as a graphic designer I understand it is quite important to gain a balanced level of objectivity and fairness. I am usually very passionate about my ideas and beliefs and for this reason I decided to put myself in a position that is unusual for me and see how I could manage to self destroy all the prejudices about religion that I had carried with me since I was an adolescent and I am pleased that I could, actually, leave my own opinions behind and treat both positions as an impartial observer. Readers will draw, hopefully, their own conclusions engaging themselves in a reasoning process, ready to challenge their own ideas as much as I had to do in the first place during the research and development stage of the project.
No comments:

Email ThisBlogThis!Share to TwitterShare to FacebookShare to Pinterest
Labels: PRINT 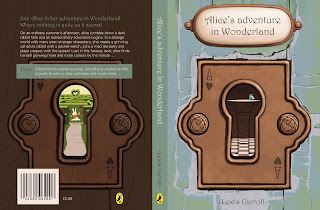 During my second year I chose to do the collaborative elective, that was a project in cooperation with Penguin books. It resulted in being a great opportunity to work on a professional level and experience the spirit of such an amazing company as Penguin. I was able to complete the course successfully gaining one of the highest marks and that gave me the motivation to try to enter for the Penguin award this year. Unfortunately I ran out of time and I could not submit my work, but I kept working on the project with dedication and patience.

This Project has been realised in co-operation with Dani Cánovas, to which I am very grateful!
No comments:

Email ThisBlogThis!Share to TwitterShare to FacebookShare to Pinterest
Labels: PRINT 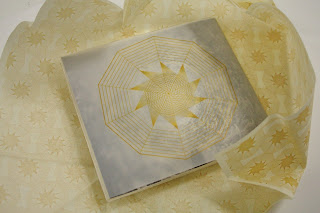 This brief from the ISTD, was about the interpretation of the number 100. We had to reflect the significance of the number 100 with a design that expressed clear typographic control of the navigation of the information content. When I read the brief for the first time I thought about the 100 canti of the Divina Comedia by Dante Alighieri. I always loved this masterpiece of Italian literature not just for its literary value but also for its perfect structure where each little detail is absolutely the result of a deep accurate research and elaboration. Dante was, no doubt, a Christian but at the same time he believed in a supreme order of the Universe. He was a Pythagorean and mixed this discipline and its fundamental ideas with his religious beliefs. The numerology of the Divina Commedia is quite complex, but can be easily analysed if we relate it to Pythagoras’ teaching. The, almost mystical symbolism of numbers is an essential key to unveil the deep meaning of this wonderful book. And so we come to the number 100 that is a number of extreme perfection and represents the Deity and at the same time, in a metaphysical way, the essence of the Universe.
No comments:

Currently working as an independent designer.

This work by http://perlandsdrawer.blogspot.com/ is licensed under a Creative Commons Attribution-NonCommercial-NoDerivs 3.0 Unported License.